After winning the Best Accessories Design Award at the Hong Kong Young Fashion Designers’ Contest 2015, Tsang finished his higher diploma course in fashion design, got himself a job and started saving for his pipe dream: to study in Japan. In 2019, he enrolled at the Bunka Fashion College, the oldest fashion school in Japan and the alma mater of his idol Yohji Yamamoto.

Tsang explained: “Since I love Japanese culture and believe that you can only get to know a culture by living in it, this is why I’m here. After YDC I visited Bunka, where Yohji, Kenzo Takada, Jun Takahashi, Hiromichi Ochiai and Tsumori Chisato, and many other famous designers graduated, and found that I really liked it.” He had to take language lessons at the same campus for a year before he could start the programme but says it’s all been worthwhile.

“Bunka” means culture or civilisation in Japanese, which perhaps explains its approach to teaching fashion as a culture, or a multi-faceted vocation. The college offers 30 courses in different fields of fashion, including fashion design, stage, lighting and sound, buying and retail, styling, modelling and makeup and so on. These courses, which span the full spectrum of the business of fashion, equip students with the specialist skills required to fulfil different career goals.

The college offers 30 courses in different field of fashion, including makeup and model training.
Life in Bunka


Tsang is enrolled in the four-year Creative Design Advanced Diploma, one of Bunka’s most popular and comprehensive programmes and also toughest to get in. The Bunka approach to fashion design is technical-based, with great emphasis on sewing and pattern-making techniques.

He said: “What impresses me most about studying at Bunka is that it has its own textbooks, – it’s the first fashion college in Asia to do so – and its own system of dressmaking. We follow the Bunka pattern to make darts, waist and bodice and so on, and are expected to sew everything ourselves and make our own patterns. It is strictly forbidden to seek outside help for those tasks, unlike in Hong Kong.”

The four-year curriculum is highly structured, so his daily schedules are more regimented than other universities. “We go to class every day from 9am to 4pm like in high school. We also have to greet the teachers before and after class. Currently, I’m the one responsible for announcing “stand up”! Sometimes I misunderstood the teacher and thought the class was over and shouted prematurely, giving my classmates some comic relief,” Tsang laughed.

Bunka is itself a microcosm of the fashion world, with its comprehensive library and archives, bookstore, publishing house, fabric and tool store, and even its own sewing machines developed in conjunction with Juki and Brother. So-en, the renowned monthly fashion magazine, is published by Bunka and offers plenty of internship opportunities for students.

Getting to experience Japan’s culture and ambiance is amazing, adds Tsang. “Major exhibitions are held here and you get inspired just by walking down the street, taking in the people and the urban design. An elderly man with a walking stick might sport the trendiest sneakers, not to mention my own classmates who wear a three-piece suit or cosplay to class, and no one bats an eye,” he added.

As a fan boy of Japanese designers, the designer cherishes how close he gets to be around designers he admires, including running into Rei Kawakubo in Minami-Aoyama. But more importantly, as a Bunka student, he has access to its vast network of famous alumni. The college would periodically arrange sharing sessions with alumni and other renowned designers for its current students.

Tsang said: “We even had a sharing session with British designer JW Anderson recently, and sometimes students even get to style Japanese pop idols through Bunka’s connections.”

Every year the Bunka Cultural Festival gives students the opportunity to collaborate and put theories into practice. Tsang is one of 25 students selected to design the collection for the 2022 fashion show. Produced entirely by students, it will be staged virtually next January.

Next year, Tsang has to complete a summer internship at a fashion house before he can graduate.

He wants to encourage other young designers to be adventurous and explore more options when deciding whether, and where, to further their studies. He believes finding the right culture for yourself is important.

“Many people are fazed by having to study another language and limit their options to only English-speaking countries. But the truth is you can do it if you really want to. Just ask yourself where you want to be.”

Courses in different fields of fashion, span the full spectrum of the business of fashion, equip students with the specialist skills required to fulfil different career goals. 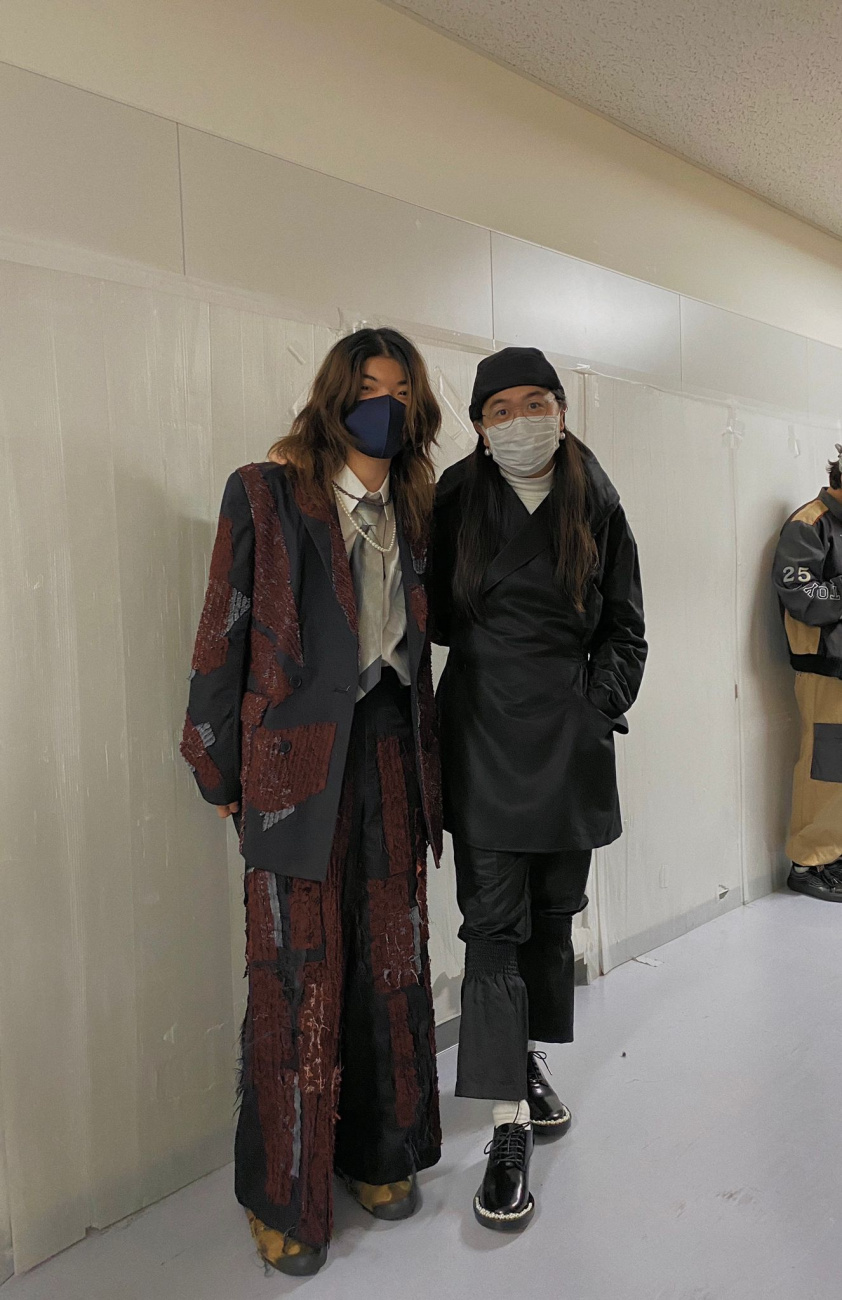 Designer Tsang Fan Yu (on right) and his classmate.
CLOSE
I confirm that I have read and agreed with FASHIONALLY’s Terms of Use and agreed that the above information may be used by the Hong Kong Trade Development Council (HKTDC) for incorporation in its database for sending FASHIONALLY newsletter. I understand that HKTDC’s policies and practices in handling my personal data are set out in HKTDC’s Privacy Policy Statement.
CONFIRM
Thank you for subscribing to our newsletter. A confirmation emaill will be sent to you shortly. If you no longer wish to receive any news from FASHIONALLY, please contact us at lifestyle@hktdc.org.
CONFIRM
Unsubscribe failed. Please contact us.
CONFIRM
You have successfully unsubscribed.
CONFIRM
CONFIRM
Page rendered in 0.8629 seconds. CodeIgniter Version 3.0.4